Big Trends from the Big Game

Some people watch the Super Bowl for the football. Some people watch the Super Bowl for the commercials. Either way, the Big Game consistently ends up being one of the most widely watched televised events of the year. An average of 103.4 million people tuned into Super Bowl 52 this past Sunday. While football fans are on the edge of their seat waiting to see if their favorite team will be World Champions, marketers are busy waiting to see which commercial is going to be a hit.

Super Bowl commercials are always much anticipated, and this past Super Bowl was no exception. Was Matt Damon’s pathos appeal for clean water going to leave the biggest impression on fans? Or was Tide’s hijack of the Super Bowl going to ultimately steal the show?

No matter which commercial ended up being your favorite, there is no denying that this year’s Super Bowl commercials all ended up having similar themes: They were more light-hearted than past years, they proposed a call to action, and they ran for multiple spots throughout the big game. 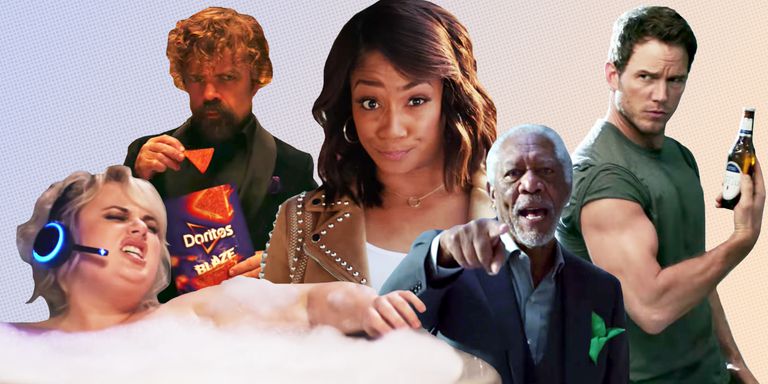 Big Themes of the Big Game

Over the past couple of years, there has been a noticeable shift in the highly anticipated commercials. Brands started using the platform as a chance to share their stance on big issues, such as feminism and immigration. This in turn sparked  controversy. Super Bowl 51 featured a lot of politically charged ads, and it turned the public away. This year, brands took a more humorous approach.

Tide’s ad featured Stranger Things actor David Harbour and poked fun at the core of what Super Bowl commercials are: cliché ads. They ran multiple segments, each recreating a scene you’d see in a standard commercial, whether it was for perfume, a car, etc, and argued that since there were spotless clothes, it must be a Tide ad. The brand was able to create a reach beyond their own commercials; every ad that ran after left you noticing how clean the actor’s clothes were, and left you thinking about Tide rather than the product actually being promoted in the commercial.

That’s not to say that every ad was meant to be a funny ad. While there was a transfer away from the pontificated messages, there were multiple altruistic ads featured in this year’s Super Bowl. Corporations such as Verizon, Stella Artois, and Hyundai all prompted America with a call to action. They used the Big Game as a platform to stand on a big issue, addressing problems such as equality, water, or disaster relief efforts.

As Eric Springer, CCO at Innocean, explained, “The world can never have enough brands with souls and ideas that bring people together. People don’t want to be divided. It’s not about blue states or red states—it’s about the United States.”

A third noticeable trend amongst 2018 Super Bowl commercials was that a lot of corporations turned their brand into a narrative by buying multiple time slots. Statistics show that viewers multitask while watching TV, and given the social nature of watching the Super Bowl, the figures for multitasking go up. Rote repetition is a way that conglomerates can take advantage of being a multibillion corporation and have repeated exposure. This gives a brand the best chance of ROI, because their message is being repeated to the audience, and therefore has a higher chance of resonating with viewers. It also gives them a leg up over smaller competition; at $5 million per 30-second ad, chances are smaller companies can’t afford multiple ad spaces. 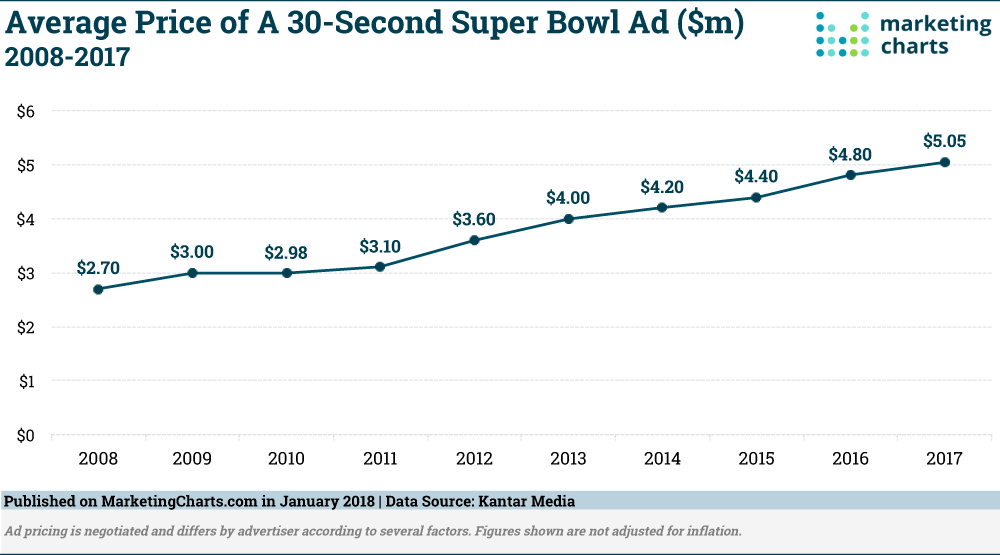 Additionally, 30 seconds isn’t much time to tell a story, so brands like Michelob Ultra took the opportunity to buy multiple time slots. In their commercial times, they created a narrative where Chris Pratt thinks he’s the new spokesperson for Michelob Ultra beer, so he starts training and crafting a character for the role. At the end of the commercial, Pratt is directed to a line of extras instead.

Super Bowl commercials are always going to be noteworthy. Every year, companies spend millions to broadcast their brand in hopes of creating a conversation and, ultimately, boost sales. Based off of the trends this year, I predict Super Bowl commercials next year to be less altruistic, and to continue presenting their brands in a more humorous light. I think brands will also try to think outside-of-the-box with their ads, attempting to emulate a similar impact Tide had this year.

Why You Should Use WordPress To Run Your Business WebsiteUncategorized 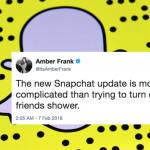